Playlist: The Sound and the Fury 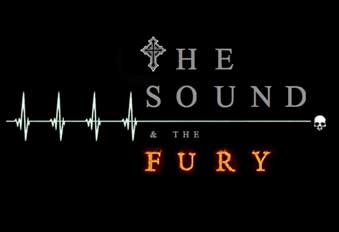 On Air: Saturdays Midnight - 6am

JRRBLL was born & raised in Northern Vermont. After a somewhat troubled youth, he arrived in Ithaca, NY quite suddenly one Spring day many years ago.

In the Spring of 1985, while on an unrelated mission for a friend, an opportunity presented itself for on air DJ training at WVBR-FM Ithaca, the only non-profit commercial training station in the USA at the time. In September of 1985, a slot opened up between 2am – 6am Sunday mornings for a possible free form show, during which time "Rocking The Night Away" was started – four hours of free form progressive loud rock, as the term Heavy Metal was getting to be a little long in the tooth. Seven years later, with Rocking The Night Away now a five hour show, Mimi Griswold, PD at WQNY-Ithaca, hired him away from WVBR to start The Sound & The Fury on Friday overnights from Midnight until 6am. The extra time meant further expanding the ever growing library & playlists.

Shortly after JRRBLL started at WQNY, Mimi was hired away by Ed Levine to take over programming of his new solid rock station in Utica, NY. He soon followed her north to K-Rock where you hear the rest of the story every Saturday night at midnight... The Sound & the Fury celebrated it's 26th anniversary November of 2011.

Now As Always, JRRBLL is at odds with Radio & the way music is presented on it, with it's tight formats & rigid playlists. The Sound & The Fury specializes in premiering the latest releases by current & established artists & groups in the loud rock field. Heavy emphasis on current (within the last 6 months) music, with short trips down memory lane to spice things up a little. Long sets are a mainstay, with as few interruptions as possible throughout the night. Regular features like instant requests(FOR REAL!), Notes From The Pen, Manly Advice from Mr. Manly, Readings from Fascination Alleyway, Artist Interviews & Surprise Guest Appearances, JRRBLL's Corner, where all the new stuff from the weeks mailbag gets spotlighted into one set, as well as a cool down with For Strahlers Only at 5:30am

*Be’Lakor~The Smoke Of Many Fires

*Karma To Burn~Twin Sisters & A Bottle Of Bourbon

*Cradle Of Filth~Hallowed Be Thy Name

*Ray Charles~A Song For You