It’s not often that one of the most legendary singers in heavy metal shows up in your city. On February 2nd, The Egg in Albany welcomed Iron Maiden singer, Bruce Dickinson. The vocalist behind such classics as “Run to the Hills” and “The Number of the Beast” has been traveling across North America on his spoken word tour.

The evening started promptly at 7:30pm and ended roughly around 10:30pm. In that 3 hour span, Dickinson took fans through a journey of his life. As expected, someone with such a career had some incredible stories to tell. Starting with his childhood, Bruce gave fans insight about going off to English boarding school and discovering such bands as Deep Purple. The stories about the beginning of his music career in school and with Samson took some crazy twists and turns. Bruce continued by going through the beginning of Iron Maiden and reminiscing about past gigs and making fun of some of his personal style choices. For someone who’s primary gig is singing for Iron Maiden, Dickinson could surely have a career in comedy. One story after another, Bruce had the crowd inside The Egg laughing hysterically.

After a brief intermission and a showing of Iron Maiden’s single, “The Writing on the Wall,” Bruce took the stage again for the Q&A portion of the event. The crowd had the opportunity to fill out questionnaire cards earlier in the night and Bruce picked his favorite ones. One of the first questions was, “How do you like your eggs?” This question drew laughter from the audience while Dickinson answered “poached.” When asked what was the best part of doing this 1 man solo spoken word tour, he answered “no drummer.” Overall, the event exceeded any expectations going in beforehand. This is definitely not a show to miss for Iron Maiden fans as well as anyone who loves music.

For a list of upcoming solo tour dates, visit https://screamforme.com/ 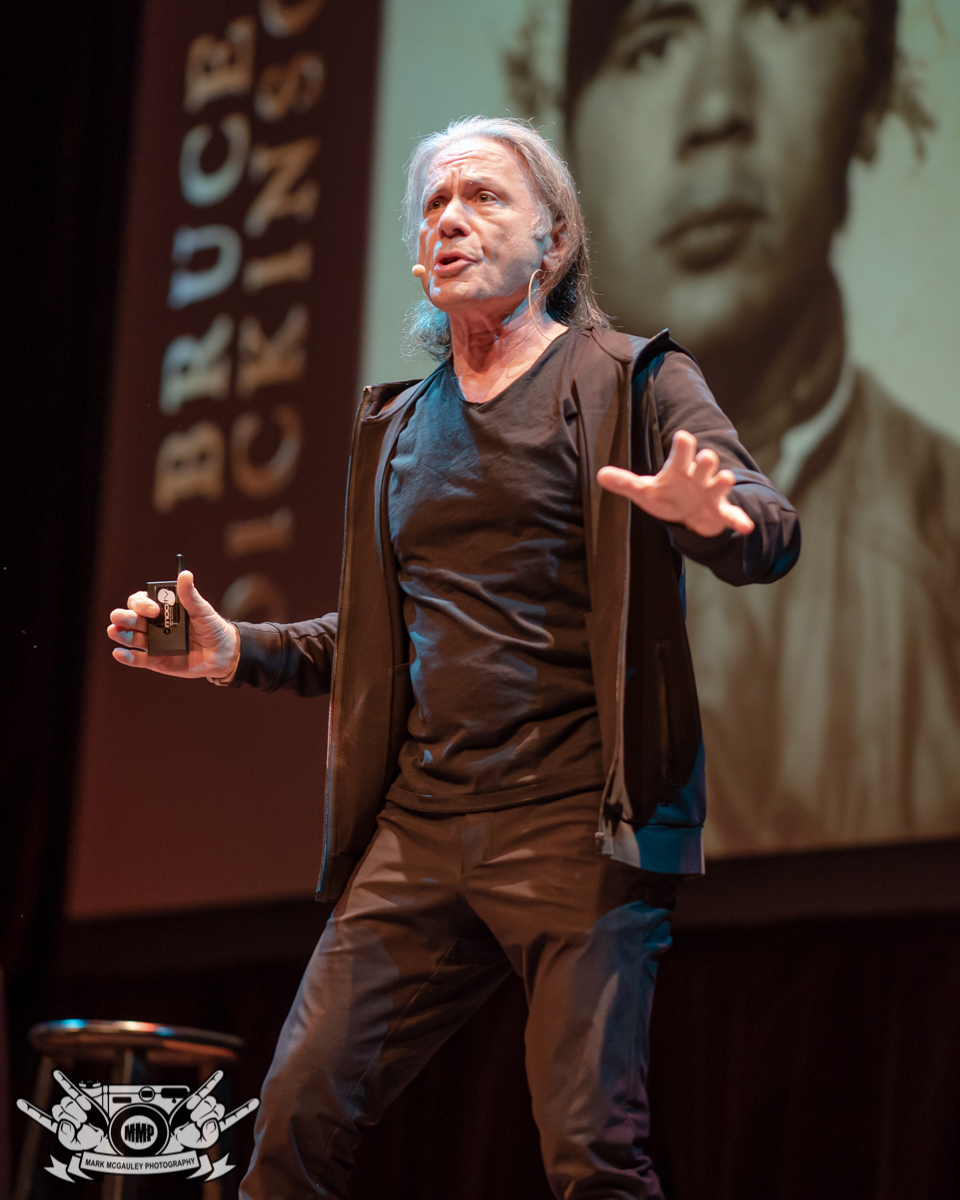 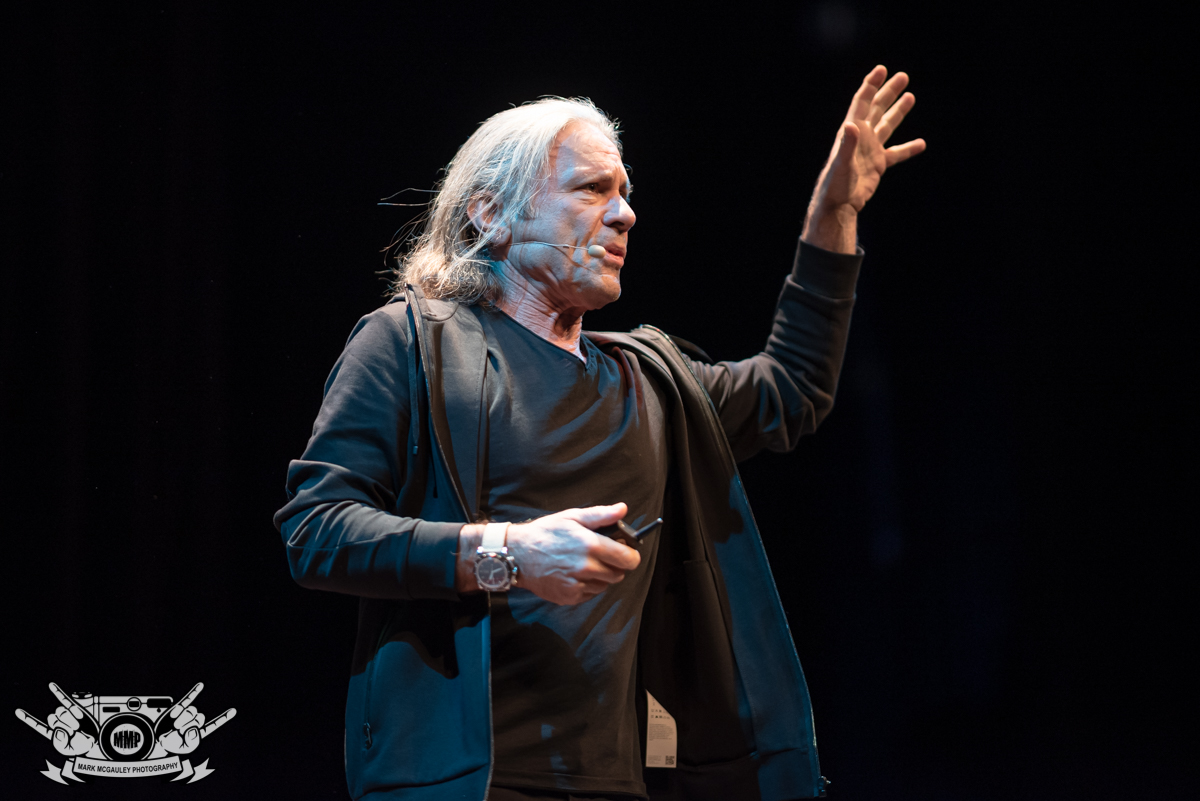 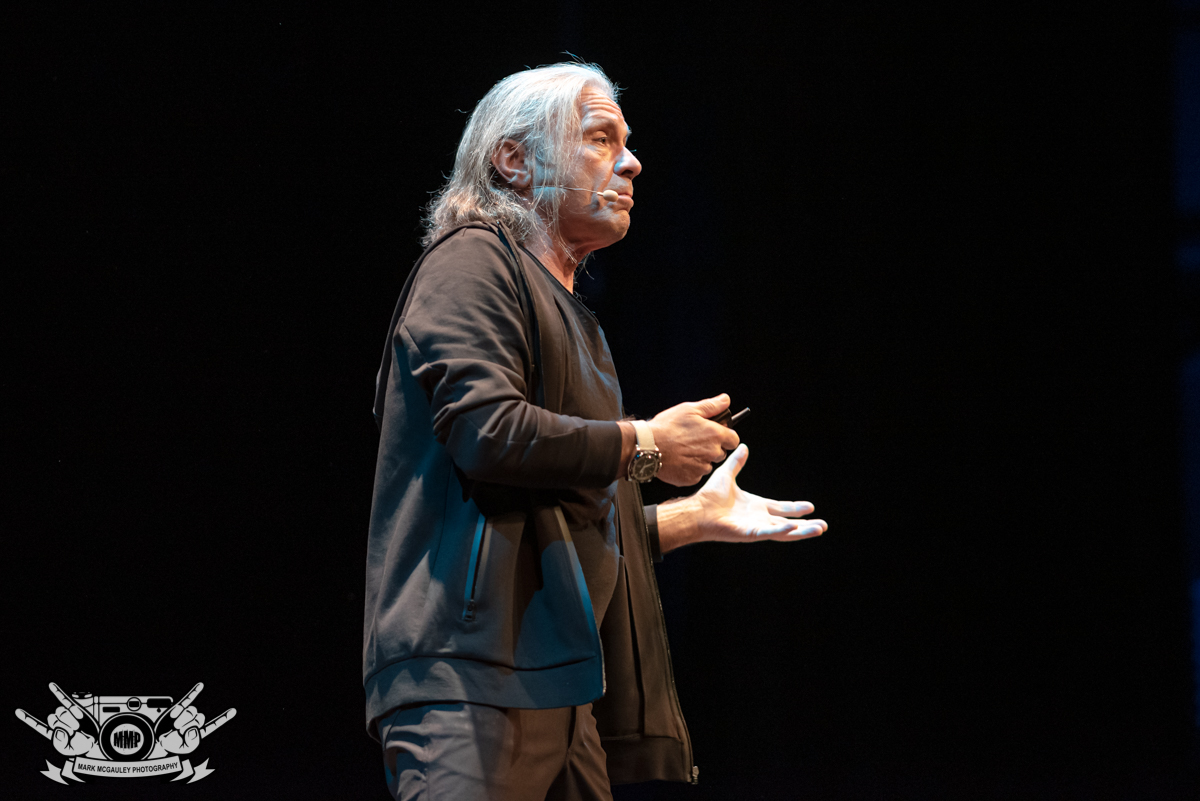 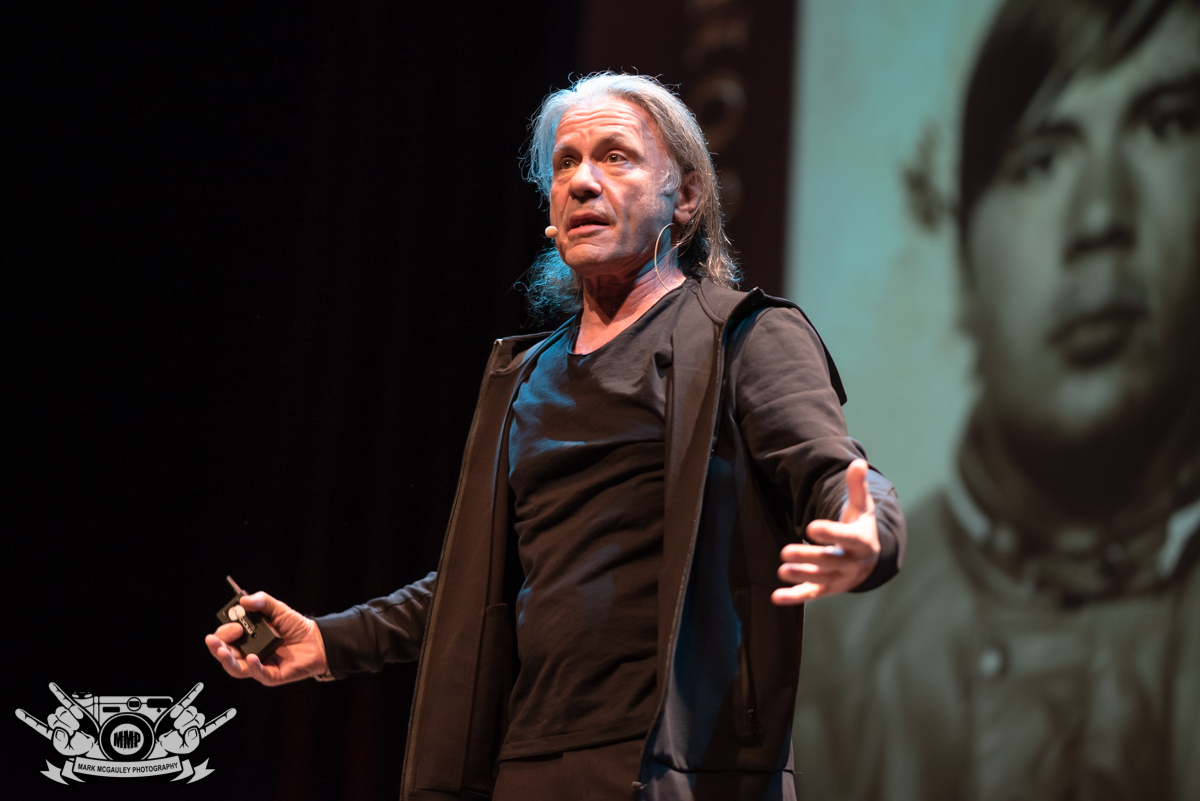 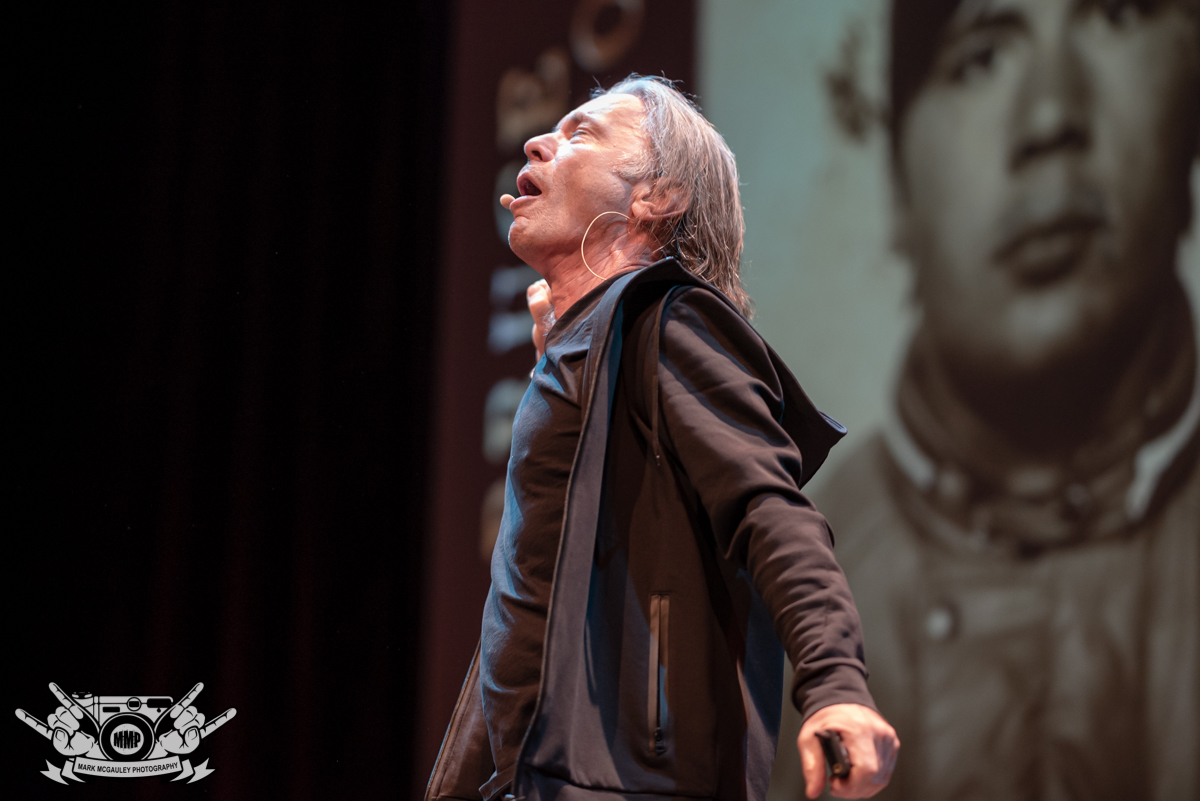 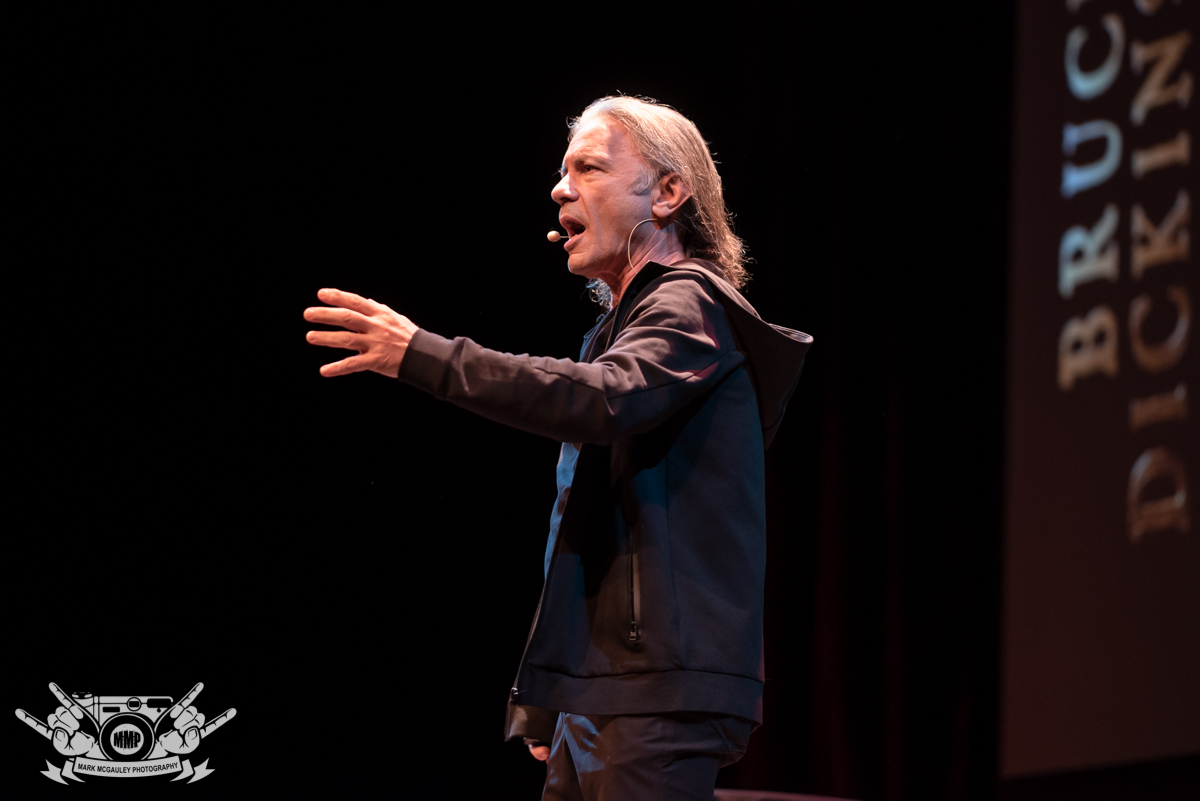 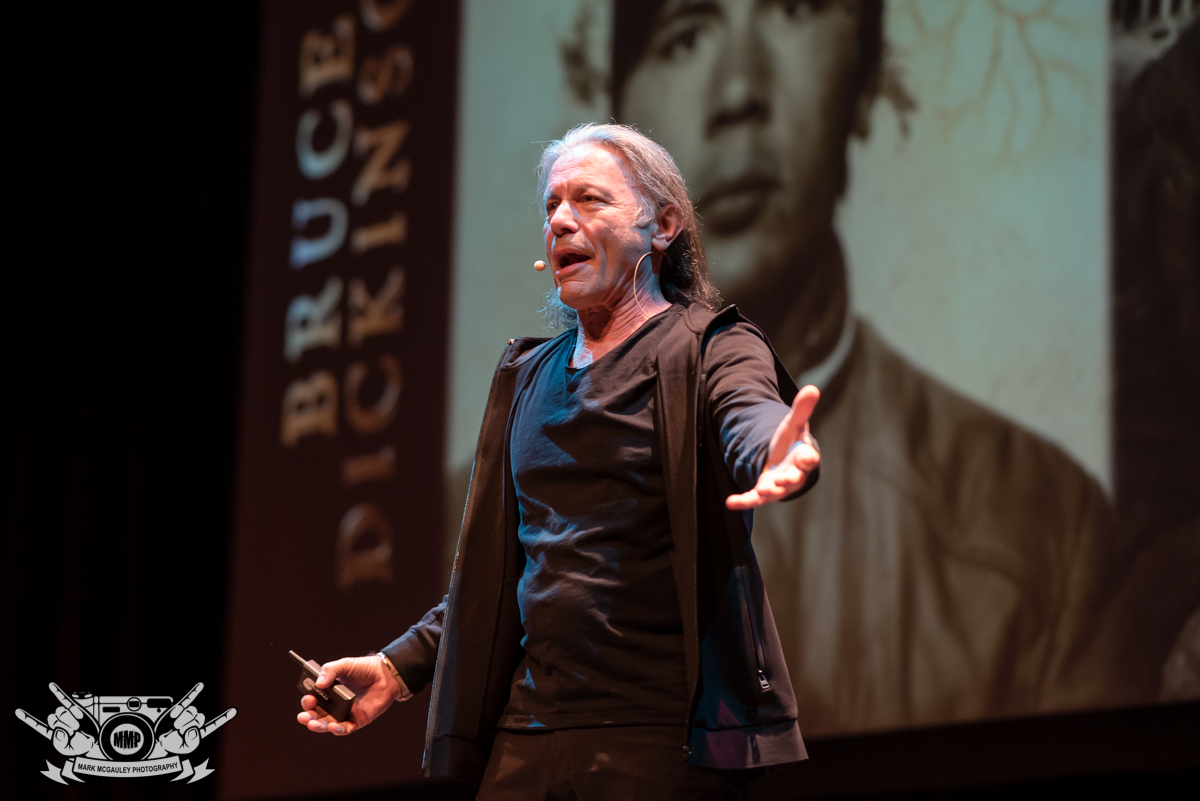 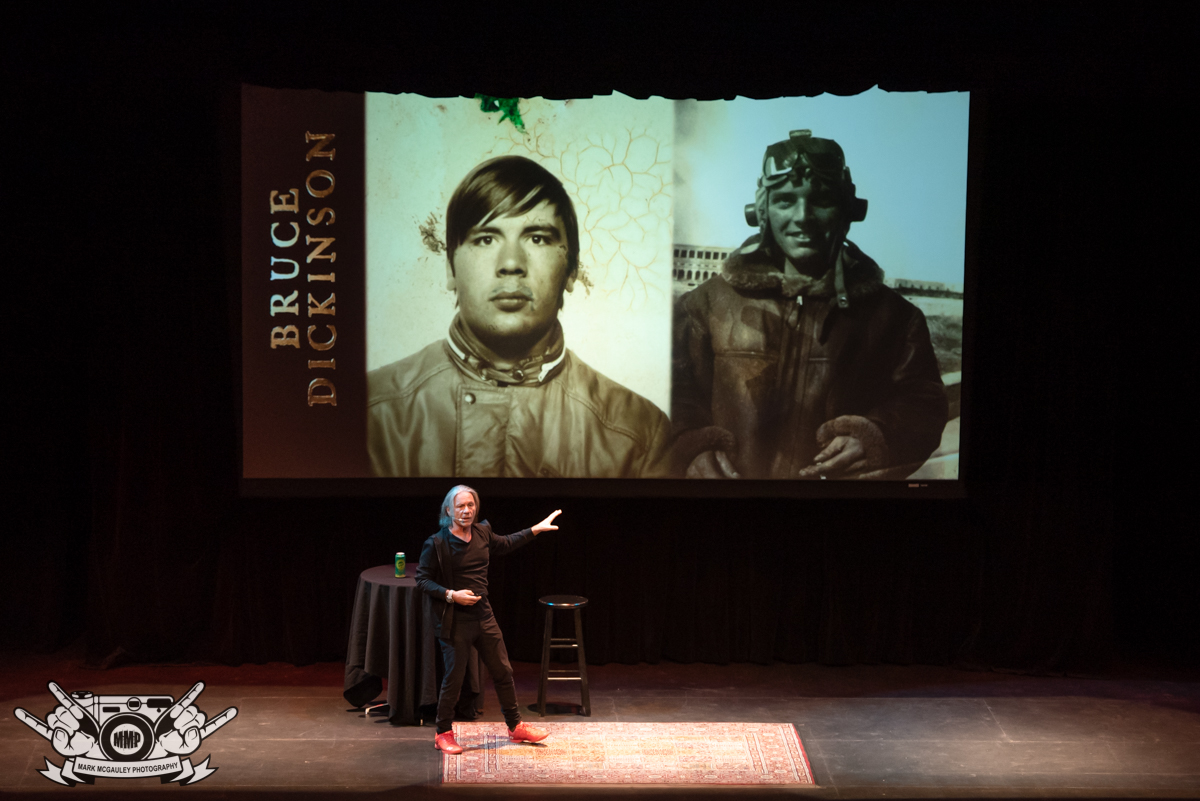 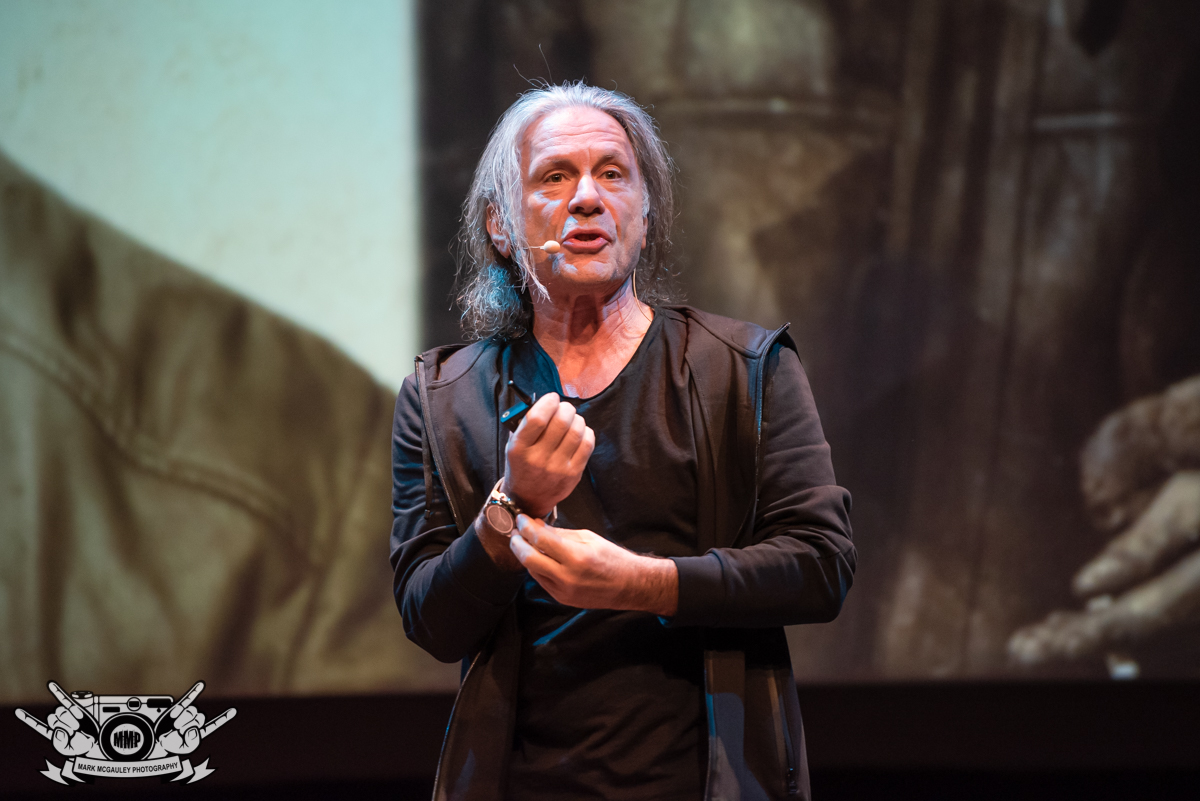 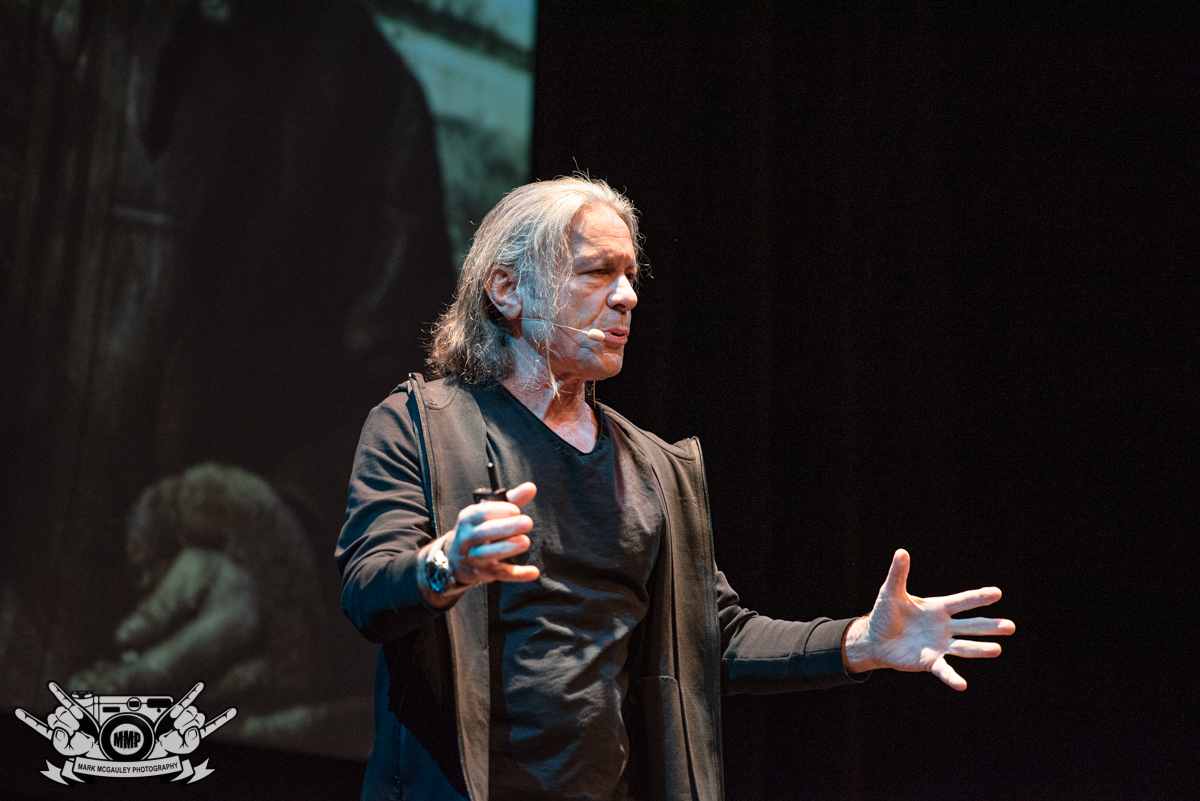 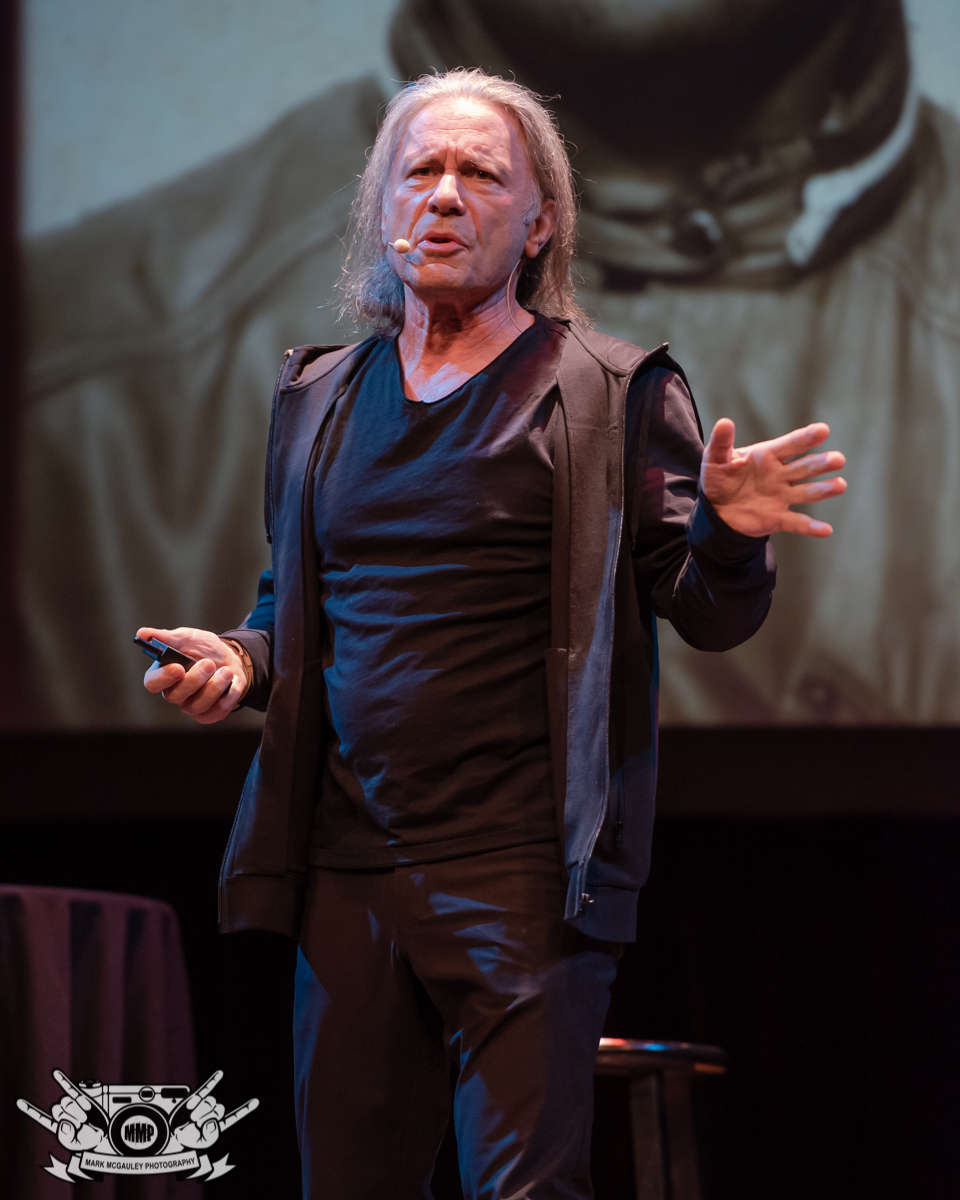 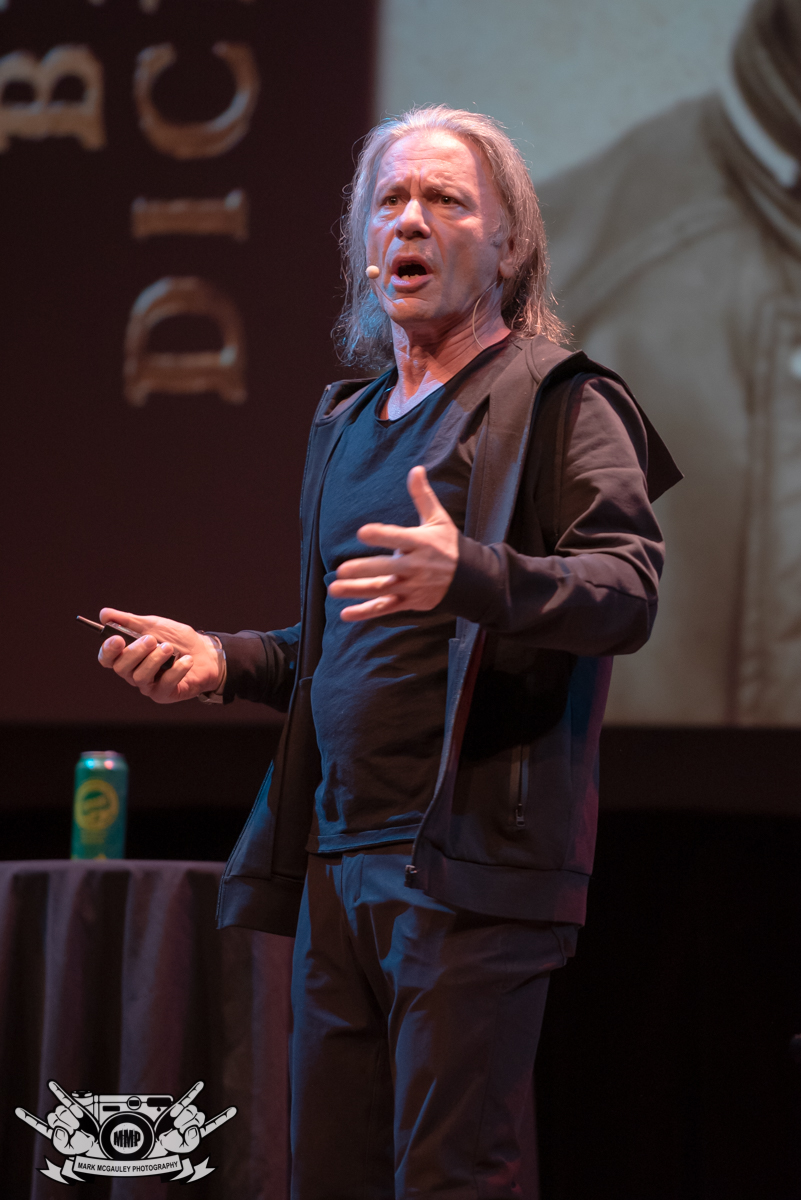 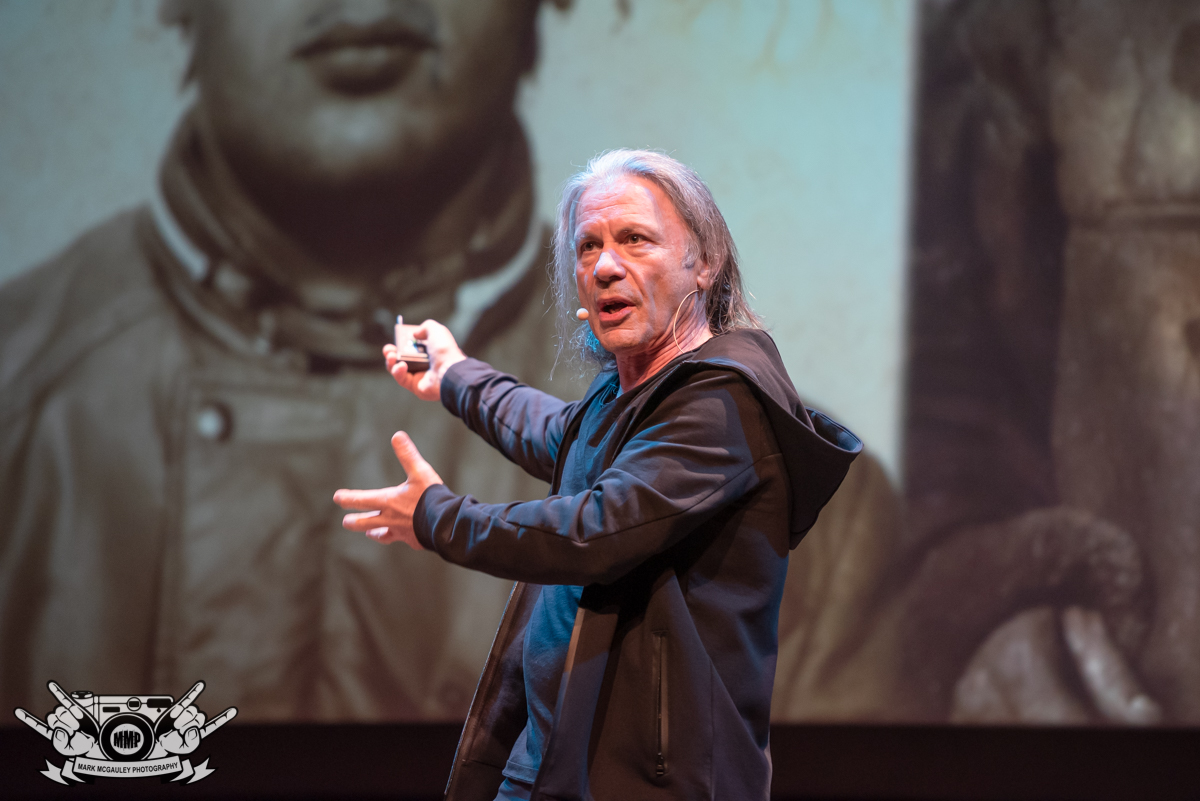 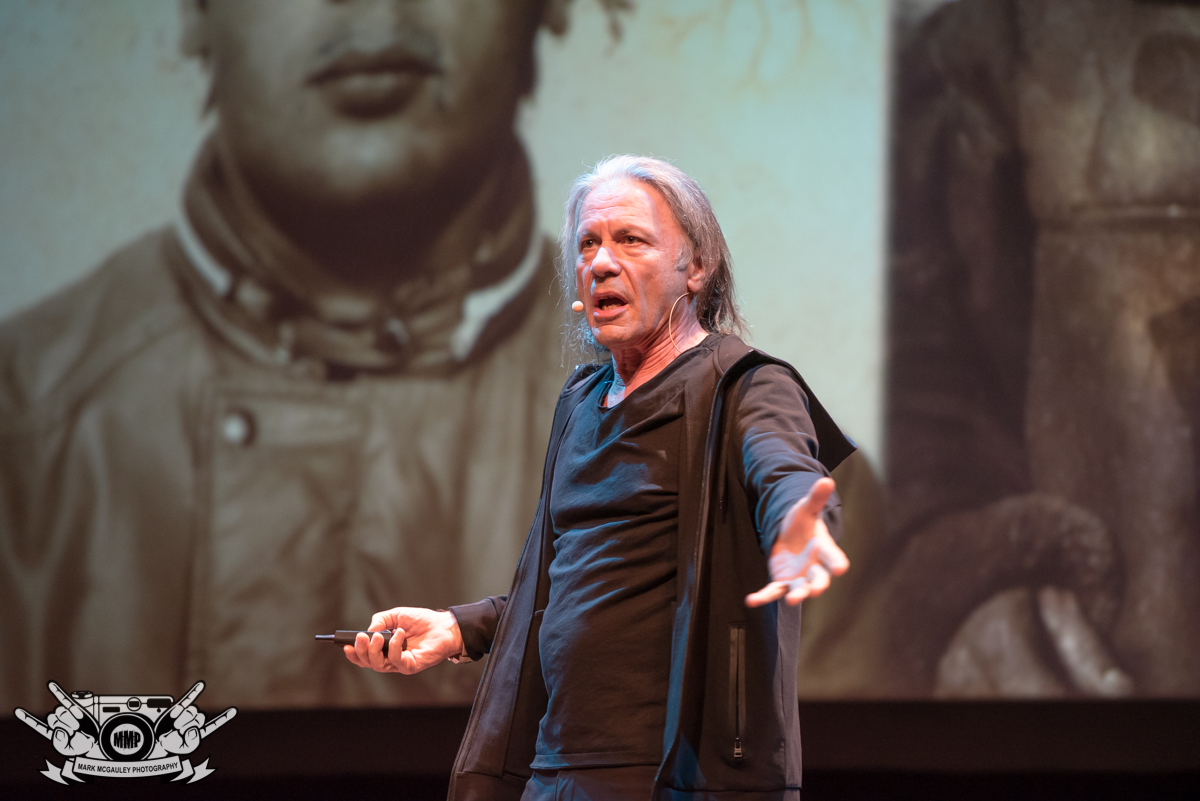 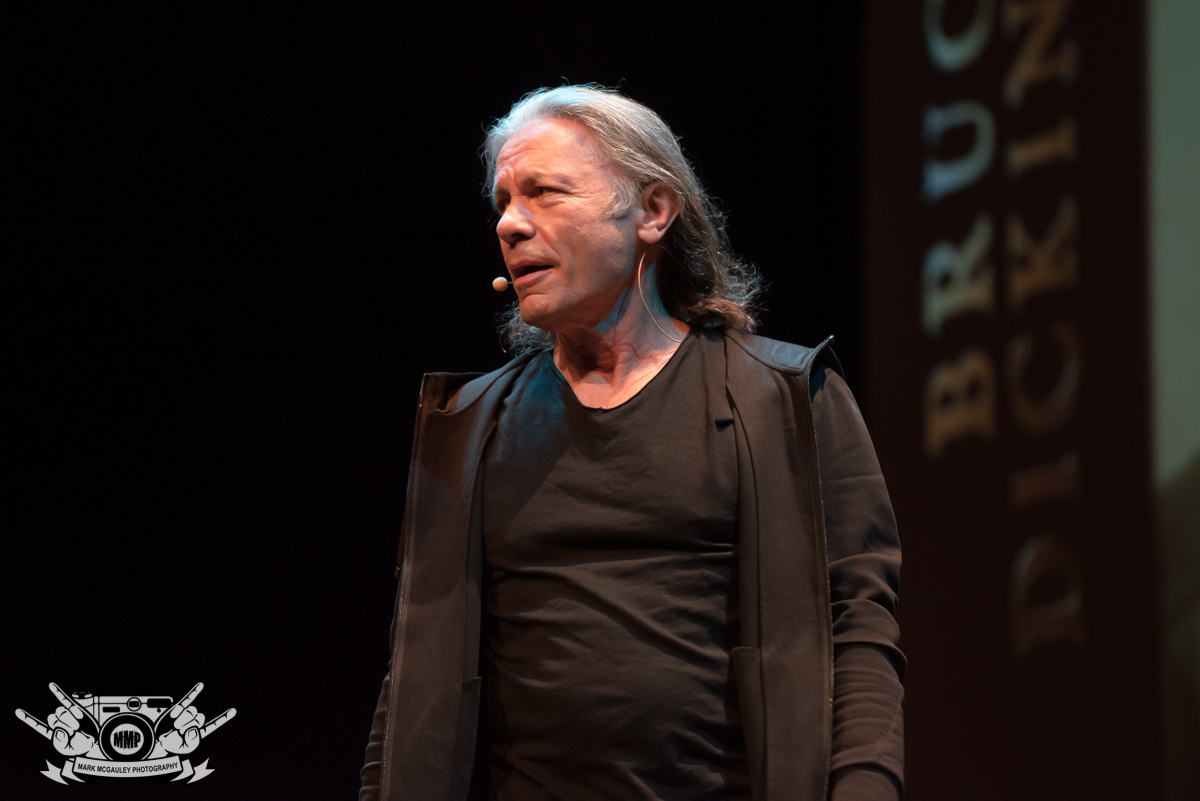 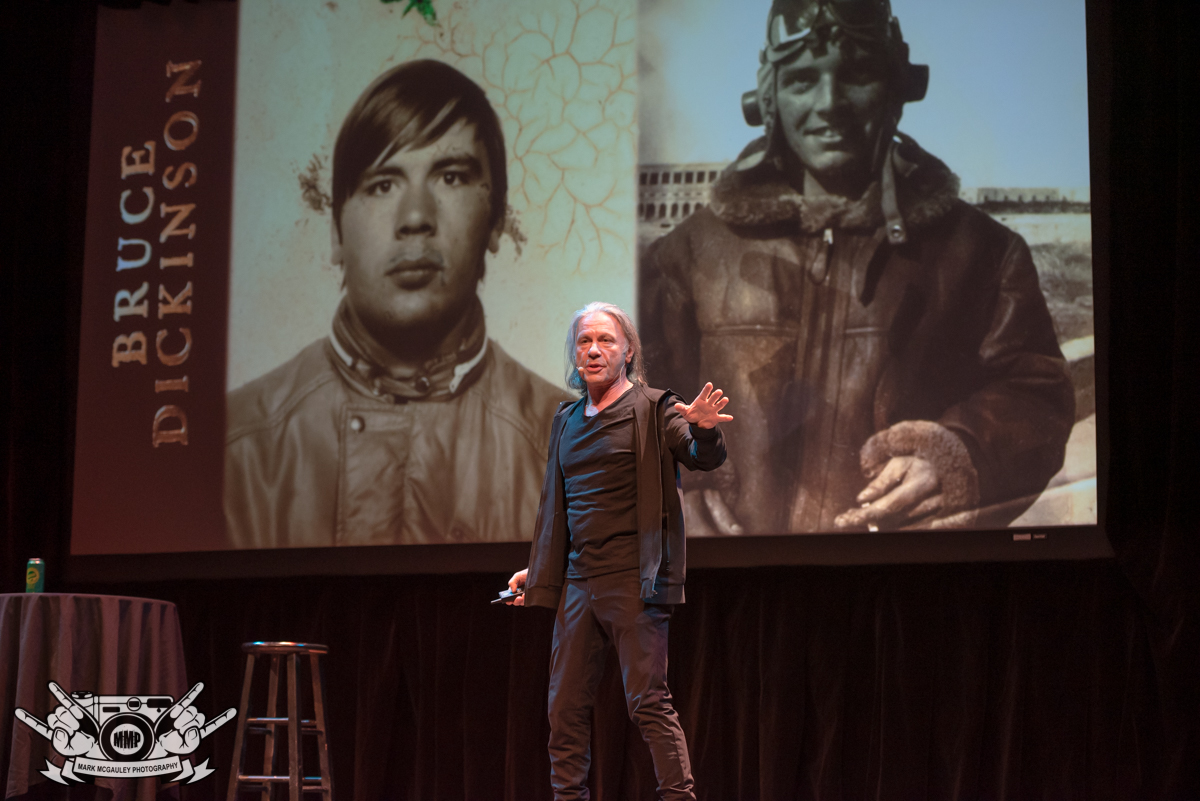 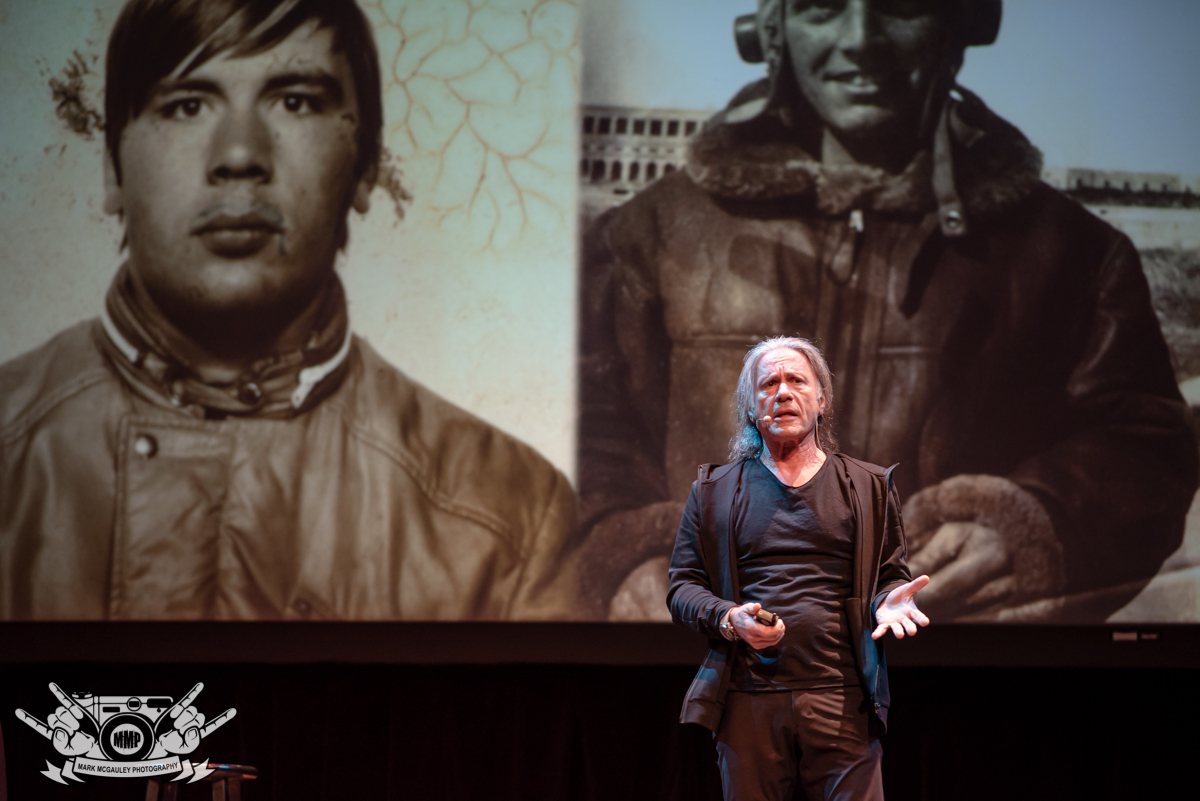