Rage Against the Machine Delivers After Two Year Delay

Some fans may have never expected to see the day when Rage Against the Machine would reunite again. After countless years and rumors the band had finally announced to the world that they were getting back together and embarking on the “Public Service Announcement Tour.” When the announcement hit, the internet just about blew up and fans were anxious to see what cities they’d get to see their favorite band in. The day the shows were announced there were plenty of options for everyone and specifically 1 date that Upstate New York fans would enjoy. Way back in February of 2020 when the tickets were put on sale for the scheduled July of 2020 show, the arena practically sold out in minutes. The hype and excitement for the tour was massive and everyone was counting down the days until their show. Unfortunately, things didn’t turn out as planned. Due to COVID-19 the initial dates were pushed back to begin in July and that never happened. Luckily the band decided to move the entire tour to the following year in 2021. It was deja-vu all over again in 2021 when the band had to yet again announce the delay and promised to make it happen in 2022. 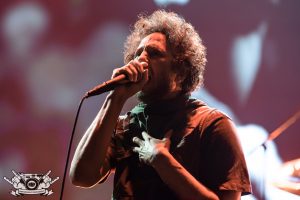 Here we are in the year 2022 now and yes, Rage Against the Machine did finally start their tour. However, it hasn’t gone as planned. Instead of kicking off the tour in March of this year, the group had to push the start to July. The dates that were skipped have been pushed to next year and everything else would go on as planned. Day one of the tour kicked off in Wisconsin without a hitch and the reviews on the show were outstanding. This was the tour everyone had waited 2 years for and it was going to be epic. On night 2 in Chicago however, there was another hiccup. Just 4 songs into the show in Chicago, frontman and vocalist Zack de la Rocha suffered a leg injury. This injury led to the singer finishing the entire set while seated at the side of the stage. Zack’s courage and strength to fight through his pain and finish the show just showed how badly he wanted this tour to happen. After the injury there was serious concerns on what would happen to the rest of the scheduled shows. Low and behold, the show must go on and the band has continued their scheduled tour with Zack being seated at the front of the stage.

Last night, July 25th, it was finally the night for Buffalo fans to rage. Marking the band’s first show in the state of New York since 2007, the atmosphere in Key Bank Center was off the charts. Many of these fans have been waiting a lifetime to see Rage Against the Machine or have gone a very long time since doing so. The group had not played any shows outside of the New York City Area since the epic Woodstock 99 performance in Rome, NY. Before that, RATM hadn’t been to Buffalo since 1993, almost 30 years ago. That performance was at the Alumni Arena in Amherst, NY. Before Rage was set to kick things off, tour openers, Run the Jewels  got the crowd warmed up. Mixing hip hop, rap and rock, the duo did its job and got the crowd up off their feet  and ready for the headliner. 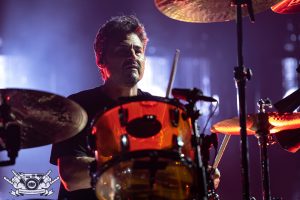 Shortly after clearing the stage and getting ready for RATM, the arena went dark. The time had finally come and the band appeared on stage in front of a giant video wall. The evening was kicked off with the song “Bombtrack” and it was all systems go after that. Even with Zack de la Rocha sitting on a gear box with a side table of beverages, he was able to deliver an epic performance to Buffalo. The rest of the band consisting of guitarist, Tom Morello, bassist Tim Commerford and drummer Brad Wilk worked together like a well oiled machine. Fortunately those three have continued to work together throughout the years with such groups as Audioslave and more recently Prophets of Rage. This current reunion tour isn’t another cash grab get together with a band who if half of what they used to be. More often these days, nostalgia acts reunite and put on a boring, poorly rehearsed tour that could simply be missed. Last night was the compete opposite in Buffalo. It was like going back in time for an entire evening.

With how well Rage sounds live in 2022 and how well they seem to mesh together on stage, it’s a question of whether or not the magic will continue after the current “Public Service Announcement Tour,” and if it’ll lead to any new music. Last nights set was a balanced set between the bands self-titled album, Rage Against the Machine and The Battle of Los Angeles, along with Evil Empire. Everyone in Key Bank Arena got to hear the tracks they loved last night. Fan favorites such as “People of the Sun,” “Bulls on Parade” and “Guerrilla Radio”, were all featured early within the night. Midway through the show, openers Run the Jewels returned to the stage to perform their song “Close Your Eyes” alongside Rage. Both groups together on stage clearly showed how much they enjoyed performing together and showing a mutual respect for one another.

The second half of the night consisted of tracks like “Down Rodeo” and “Know Your Enemy.” Getting to watch the crowds reaction on the floor to these tracks was jaw dropping. The size of the mosh pits were ridiculous and the rest of the floor was a sea of crazy jumping fans. Everyone else in the area was also off their feet singing along with Zack and playing the occasional air guitar and drums. There was only one track off of the band’s cover album Renegades performed last night and that was “The Ghost of Tom Joad,” which is a Bruce Springsteen song. 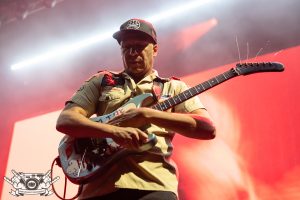 The night was capped off without an encore but instead with just 3 straight Rage classics of their self-titled. First up was “Freedom” and then “Township Rebellion.” No one in the area was ready to leave or thinking about heading for the exit early. After almost a 30 year wait, not a single person in Buffalo was skipping out on what’s perhaps the most popular Rage Against the Machine song of all time, “Killing in the Name.” As soon as Morello’s 4 power cords strum over Brad Wilk’s drum count, the area was ready to explode. At the end of the show, the band came together at the front of the stage alongside Zack to wave goodbye and that’s hopefully not the last time Buffalo sees RATM for another 30 years.

Looking ahead, any die hard fans have plenty more dates to go see Rage if they’d like. There are upcoming dates in both Cleveland and Pittsburg, along with 5 nights in New York City at Madison Square Garden.  The rest of the year the band will be over in Europe where they’re sure to be greeted with the same energy as they have gotten in the United States and Canada so far.

For a list of all tour dates and ticket sales links, please visit https://tour.ratm.com/ 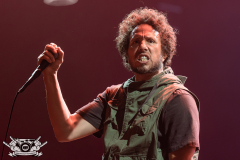 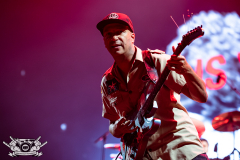 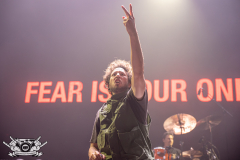 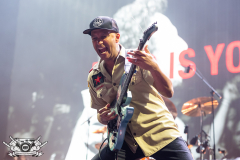 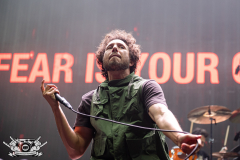 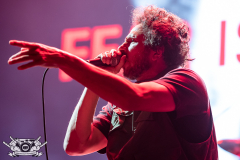 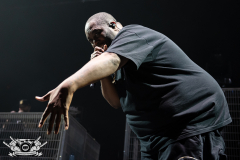 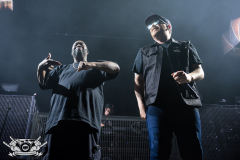 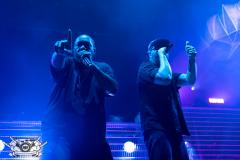 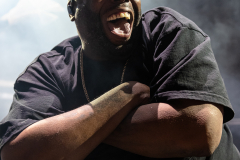 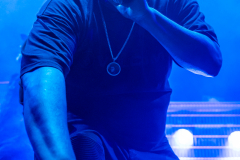 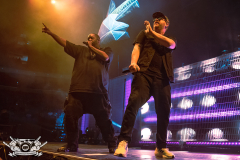 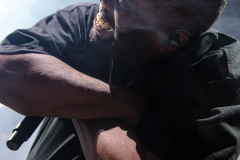 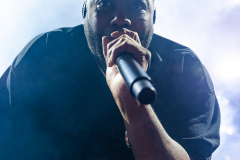 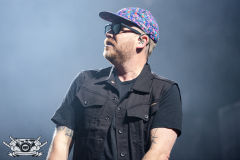 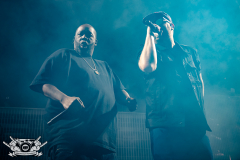 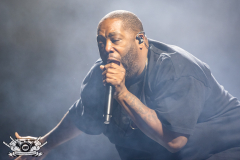 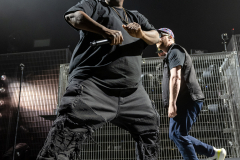 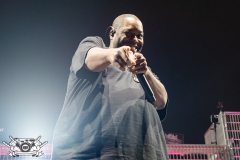