While Ghost has played the Palace Theatre in Albany once before, Thursday Dec. 13th marked the first visit for Cardinal Copia. Copia and his Nameless Ghouls gave fans in Albany a night they’ll surely never forget. Split into two different sets, the Ghost played a whopping 26 song set that included songs off each of its albums. The tour marked, “A Pale Tour Named Death,” was backed behind Ghost’s latest release Prequelle which came out on June 1st. 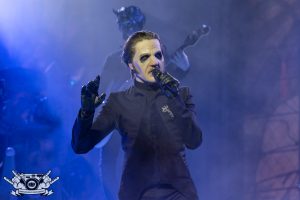 The stage setup and production of the show was top notch. This is certainly another step in the right direction for Ghost who are now filling theaters and even arenas on their own with no support needed. While the band was recently Iron Maiden’s direct support and will be Metallica’s direct support next year, they’re definitely not an opening band anymore. Turning down a tour with the mighty Iron Maiden and the legendary Metallica must be nearly impossible and no one in their right mind would say no to that. While the Palace Theatre couldn’t accommodate all of Ghost’s stage production, the show was still phenomenal. The shows which Copia and the Nameless Ghouls get to play in arenas will have blasts of pyro to go along with everything else! 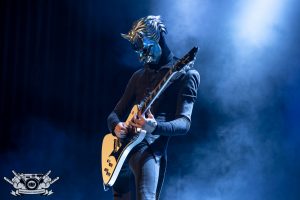 Throughout the show, Cardinal Copia went through various outfit changes just like Ghost’s old singer Papa Emeritus III. The Cardinal also interacted with the Albany fans between most of the songs, which left them laughing time and time again. Towards the end of the 2nd act, Copia introduced the Ghouls one by one. This time around there were a few more Ghouls than normal. Joining the core 5 Ghouls, there was an extra guitar player/vocalist next to the drummer and there was an extra ghoul on keys. Each of the two keyboardists were technically “ghoulettes,” marked with a different mask design.

Even though this leg of the tour will technically be over after the Barclays Center show, Ghost will certainly be hitting the United States again next May for Chicago Open Air and Sonic Temple Art and Music Festival.

Spirit, From The Pinnacle To The Pit, Majesty, Stan Prayer, Faith, Year Zero, He Is, Mummy Dust, If You Have Ghosts, Dance Macabre, Square Hammer, Monstrance Clock

Review and Photos by: Mark McGauley 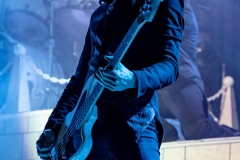 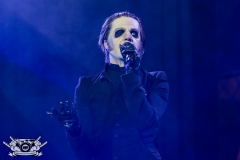 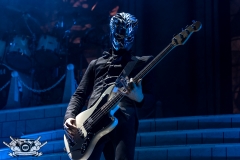 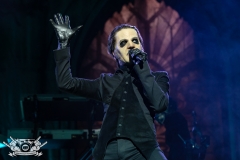 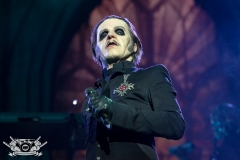 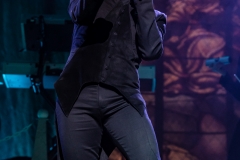 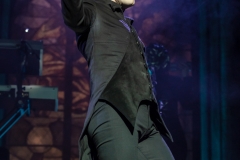 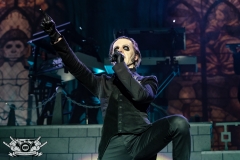 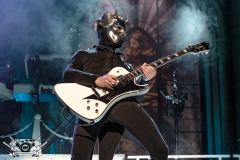 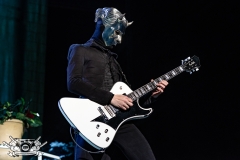 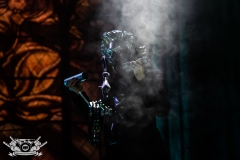 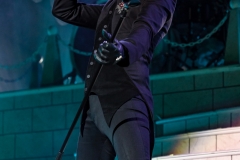 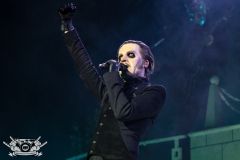 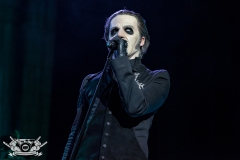